You are here: Home / Travel / United States / New York / Tips for Visiting the 9/11 Memorial and Museum from an NYC Tour Guide

The 9/11 Memorial is the most meaningful landmark in New York City that I had the pleasure of giving tours about.

My father and my uncle were in Manhattan on September 11, 2001. Not only were they in Manhattan for business meetings at a Wall Street office, but they also arrived around the same time the North Tower was first hit–only a few blocks away. Two important people in my life made it home that day, but almost 3,000 others did not.

I had the distinct honor of being a 9/11 Memorial tour guide for over three years due to my personal connection, and I have several tips for visiting the 9/11 Memorial and Museum. It’s one of my absolute favorite places in New York City.

How to Get to the 9/11 Memorial and Museum

I have a complete guide on using the subway in New York City if you need a refresher. Using public transportation is really easy!

Found within the World Trade Center complex, the 9/11 Memorial & Museum is located downtown, below the grid that outlines most of Manhattan’s streets. If you want to learn how New York City’s street layout works, take a look at my guide.

The Oculus was built as a transportation hub that connects to the Fulton Street Station, another Financial District station complex, and provides direct access to the World Trade Center.

The 1/E/R/W subway lines are located inside the Oculus, while Fulton Street Station across the street connects the 2/3/4/5/A/C/J/Z lines. That means you have 10 separate transit routes that will get you within two blocks of the World Trade Center!

What are the different areas of the World Trade Center today?

The Memorial features two reflecting pools dedicated to the nearly 3,000 victims of the attacks and the first responders who risked their own lives to save others.

There are several areas on the World Trade Center campus and adjacent to it, each dedicated to a different group affected on 9/11.

Designed by Israeli artist Michael Arad and titled “Reflecting Absence,” the spaces where the Twin Towers originally stood are now Reflecting Pools–one in each of the Twin Tower’s original locations. There are black panels around the reflecting pools, paying tribute to all the people who died in that tower on 9/11.

In addition, the North Tower Reflecting Pool incorporates the names of the individuals who passed away from the 1993 terrorist attack on the World Trade Center. The South Tower Reflecting Pool includes all first responders and those on American Airlines Flight 77 that hit the Pentagon and United Airlines Flight 93 that crashed into a field in Shanksville, Pennsylvania.

The Memorial Glade honors the lives lost in the years since 9/11. The space is constantly evolving since people are still passing from 9/11-related illnesses. The six stone slabs stand near where the primary ramp to excavate Ground Zero once stood, which is where many of these individuals were exposed to the hazards and toxins that caused their deaths.

The Survivor Tree is a Callery pear tree that was planted in the 1970s and discovered among the ruins a month after the attack. It had one remaining branch, despite essentially being scorched, but was rehabilitated back to health. It now serves as a symbol of strength on the Memorial.

Inside the National September 11 Memorial & Museum, you’ll find a number of historical exhibition rooms, personal effects, archival audio, historical records, and first-hand personal accounts from people who experienced the day’s tragic events. The Survivor Staircase, a fire engine that was partially crushed under the towers, and Steel Beam Tridents from the original World Trade Center can all be seen on a museum visit.

Designed by Santiago Calatrava, the Oculus is a massive transportation hub. Its public entry is located on the World Trade Center grounds, directly across from the 9/11 Memorial. It contains various magnificent references to the tragic events of that day–parts of the slurry wall that remained sturdy during the attack may be seen. Every year on the anniversary, the skylight opens, and you can even shop your way through the Westfields mall inside the Oculus–one of my favorite free NYC activities and things to do in NYC on a rainy day.

One World Trade Center is the most prominent of the new skyscrapers created on the World Trade Center grounds. It is now the tallest building in the Western Hemisphere, and you can catch an incredible view from its observation deck, One World Observatory–my favorite observatory in New York City.

In addition to Tower One, five other buildings are rebuilt or in construction on the World Trade Center, bringing the final total to six.

Built in 1766, St. Paul’s Chapel is the oldest building in continuous use in New York City. In its history, it survived the Revolutionary War, two massive fires, and 9/11. After September 11, it earned the nickname “The Little Chapel That Stood.”

Fun Fact: After being inaugurated as the first President of the United States on Thursday, April 30, 1789, at Federal Hall on Wall Street, George Washington, and the founding fathers came to St. Paul’s Chapel to worship. 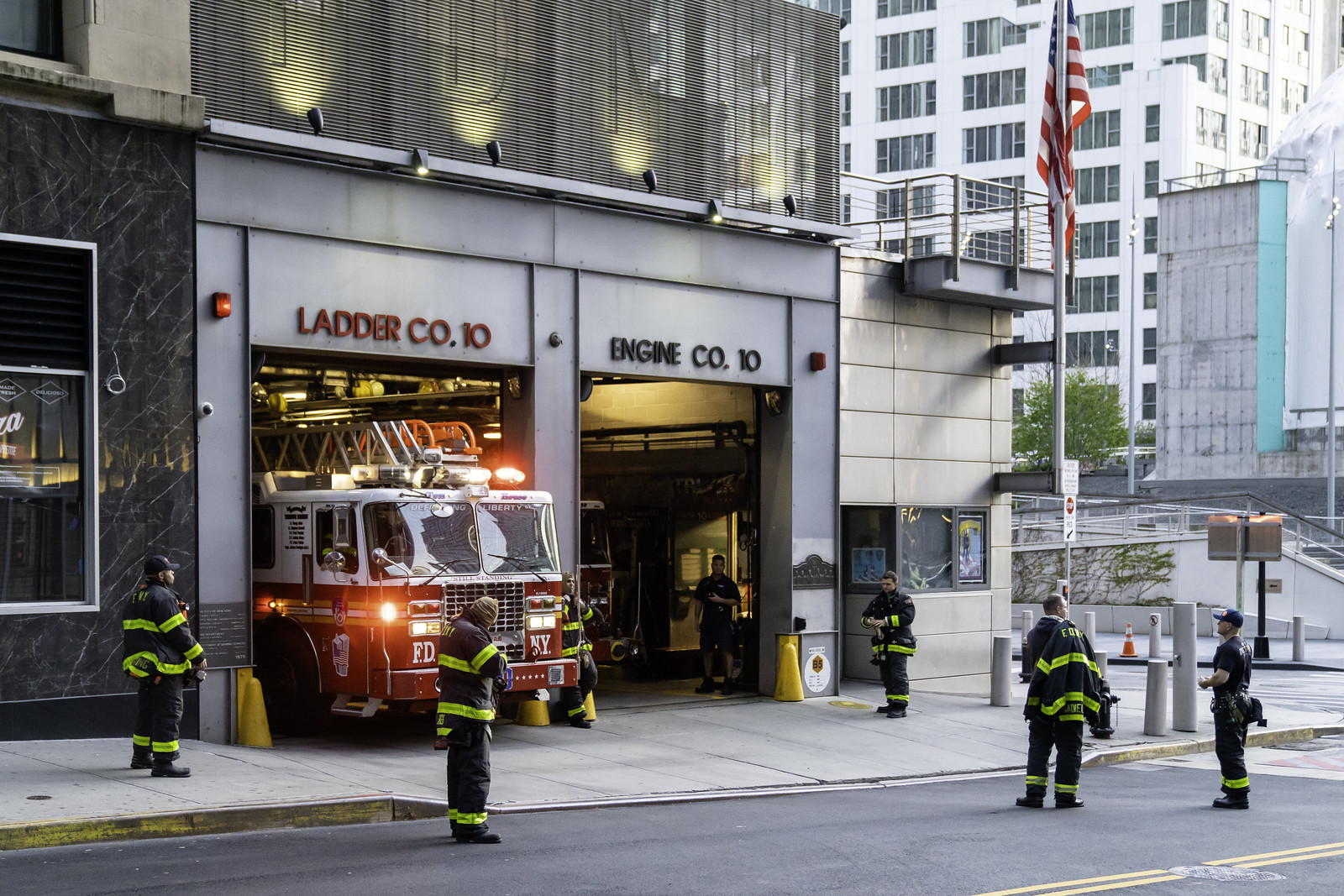 With its firehouse location just across the street from the World Trade Center, these men were the first of the first responders on 9/11, and all six firefighters lost their lives. Although the firehouse was reduced to ruins, it has since been restored to be fully operational.

Now, the side of the firehouse has a beautiful bronze panel sculpture that memorializes the 343 firefighters that lost their lives on 9/11.

Liberty Park is a raised park overlooking the Memorial grounds. On top of the park, you can see The Sphere, the centerpiece between the Twin Towers, recovered by rescue workers from under the debris, and America’s Response Monument.

Adjacent to Liberty Park, you’ll see St. Nicholas Greek Orthodox Church and National Shrine. This was the only religious house destroyed on 9/11 and was allowed to rebuild on this site.

Tips for Visiting the 9/11 Memorial and Museum

There’s a reason I always thanked my guests first and foremost for taking a walking tour of the 9/11 Memorial. From the Reflecting Pools to the spire on the top of One World Trade Center, almost every piece of the design goes back to making this a safe, peaceful place while still functioning as the financial capital of New York City.

Take a walking tour to learn more about the symbolism

If you have time in your itinerary, please sign up to take a 9/11 Memorial tour when you come to New York City. While you can wander around on your own, there’s nothing like exploring the space with a licensed tour guide who can answer your questions and give you incredible insight into the space that you wouldn’t be able to learn on your own at the site.

If you can’t schedule a walking tour into your schedule, listen to their audio guide app for your own self-guided tour. They have two different audio tours and one geared specifically for children. Search for the 9/11 Museum Audio Guide in both the App Store and Google Play.

One of my favorite tips for visiting the 9/11 Memorial and Museum is you have flexibility in your schedule, the 9/11 Museum has free museum hours every Monday from 3:30 p.m. to 5 p.m. Tickets for free Mondays are available for booking online starting at 7 a.m. on a first-come-first-serve basis.

However, if you can’t make it there for a Monday afternoon, you can purchase timed-entry tickets to the museum with entry times available all day. While you can buy Museum tickets when you get there, buy your tickets in advance online to avoid the long lines.

Pro Tip: Get ready for airport-like security checks to enter the museum.

Be prepared to spend a few hours inside and outside

If you take a walking tour, they usually last about 90 minutes, where you have the opportunity to explore the 9/11 Memorial grounds as well as the surrounding neighborhood. Buildings like FDNY Ten House and St. Paul’s Chapel are all in the surrounding area and have their own 9/11 history.

Then, plan to spend at least 2 hours exploring the 9/11 Memorial Museum. When I visit, I make a point to read every display and interact with every element. And, it’s an emotional experience–I cry in every room.

If you want to find someone’s name on the Memorial, there are kiosks on the side of the 9/11 Museum facing the South Tower’s Reflecting Pool. There, you can search and be directed to the exact panel on which Reflecting Pool you can find their name.

What’s the difference between Ground Zero and the 9/11 Memorial?

Ground Zero is another name for the 9/11 Memorial grounds in New York City. It’s the site of the September 11, 2001, terrorist attack on the United States. What was once a seven-building complex with 12 million square feet of office space, an underground shopping mall, and the iconic Twin Towers was reduced to rubble.

The 9/11 Museum and Memorial is a phenomenal place where future generations will have the privilege of coming to pause, reflect, and pay their respects to the lives lost on September 11 in peace. I hope these tips for visiting the 9/11 Memorial and Museum magnify your experience on this sacred ground. 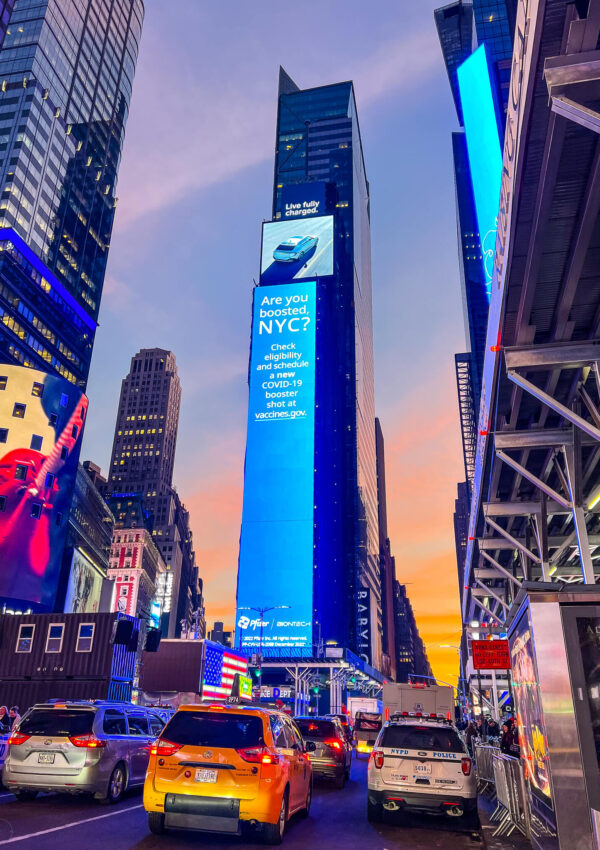 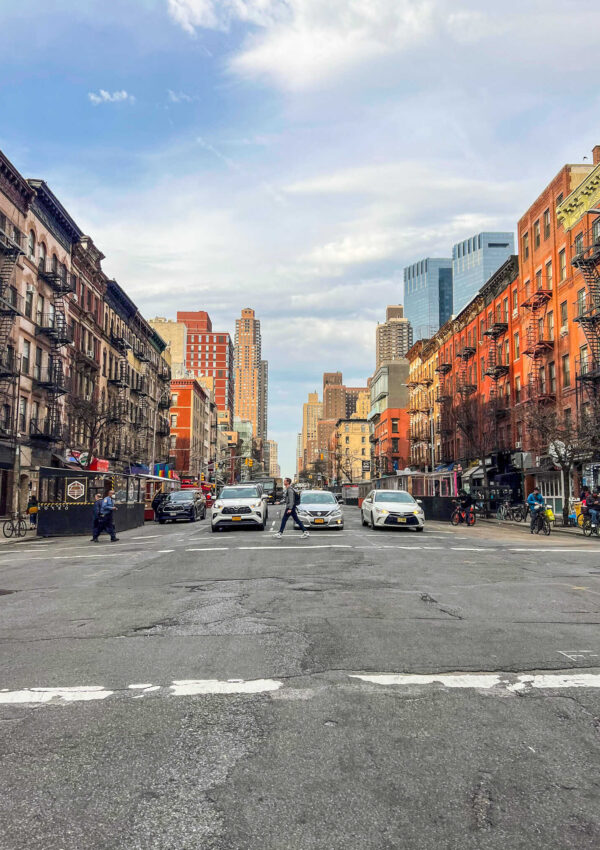 Why Do People Love New York?: The Pros and Cons of Living in NYC 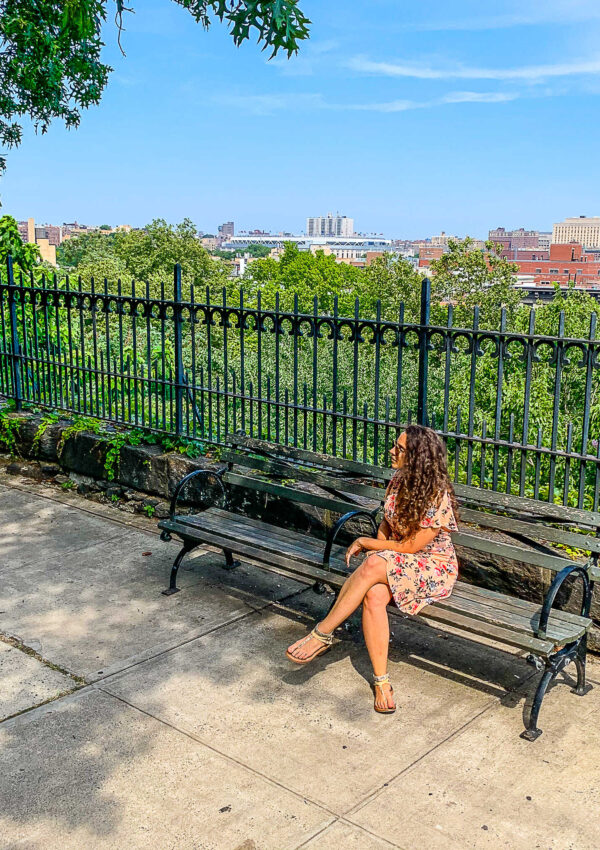 30+ Gifts and Essentials For Someone Moving to New York City 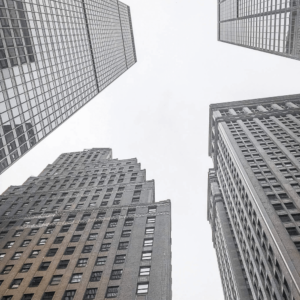 15+ Indoor Activities in NYC for a Rainy or Snowy Day