I grew up with magnificent apple orchards in Connecticut just minutes from my house, so I guess you could say I was a bit…. spoiled!

Heading out to an orchard and picking bags of fresh, delicious apples is more like a right than a privilege in New England. And since I was born and raised in the Constitution state, I can speak to you specifically on the best places to go apple picking in Connecticut.

I made a map for you to accompany this guide for all of the best places to go apple picking in Connecticut. Save the map to your Google Maps for easy access!

Beardsley Cider Mill & Orchard has been around in Shelton, Connecticut, since its start in 1849.

The Beardsley family developed the apple orchard alongside its dairy farm from the 1920s until a school bus crashed into their dairy barn in the 1970s and burned the dairy barn to the ground.

Today, the orchard has more than 10,000 dwarf apple trees in 16 different varieties, as well as nectarines, plums, and peaches.

In addition to their apples, Beardsley Farm makes its own apple cider and offers kits on how to make your own hard cider at home. It’s made from pure apple juice and pressed onsite using ultra-violet light instead of heat for the pasteurization process.

You can purchase their apples, cider, raw honey, and other baked goods onsite at their farm store.

Johnny Appleseed Farm in Ellington, Connecticut, was first founded in the late 1970s when the first apple trees in its orchard were planted. Since then, they’ve purchased another whole orchard in Tolland and are now in two locations.

In addition to their apple varieties, the farm grows vegetables like tomatoes, winter squash, sweet corn, and pumpkins. You can also stop by either of their two retail stands.

If you’re planning to head to Johnny Appleseed Farm for some of the best apple picking in Connecticut, they recommend you call for up-to-date information on picking conditions and locations.

Silverman’s Farm, located in Easton, Connecticut, got its start in the 1920s when its founder, Ben Silverman, moved from New York City to Connecticut. Initially, the farm started as a cider mill but developed into the pick-your-own model throughout the 1970s and 80s.

As far as apple orchards in Connecticut go, they have 22 different varieties available for apple picking. You can find a complete guide to which apple types are ripe for pick-your-own at designated times of year on their website.

Silverman’s Farm still produces its own apple cider, which can be picked up, along with their other produce, baked goods and breads, milk, eggs, and cheeses at their Country Market, and fresh flowers from their onsite Greenhouse.

Apple picking at Lyman Orchards is one of my favorite things to do in the fall in New England. The farm was founded in Middlefield in 1741 after John and Hope Lyman purchase 37 acres of land, including land that is now the present-day Homestead and Apple Barrel, where you can shop their produce selection and sweet treats.

By the 1890s, they had expanded to more than 1,500 acres of land, encompassing produce, livestock, and hay production. Today, the still-family-operated business is one of the best places to go apple picking in Connecticut.

Fun Facts: Lyman Orchards is considered the 12th-oldest family-owned business in the United States and a recognized member of the Connecticut Freedom Trail. The Lyman Homestead was added to the National Registry of Historic Places in 1986.

Not only can you go apple picking here, but they have Pick-Your-Own produce all year long based on what’s in season! Peaches, pears, blueberries, strawberries, and pumpkins are a few of my favorite options here.

If you’d rather just pick up the produce, you can find bundles of their seasonal foods, and incredible baked goods, at their storefront, the Apple Barrel. Right on a lake and next to the Lyman Orchards Golf Course, the Apple Barrel is a great spot to sit outside and relax with lunch from their deli or dive into one of their award-winning pies. If you’re interested in hosting a special event or a wedding at the Orchards, the historic Lyman Homestead is available to rent.

In the summer, they have a beautiful Sunflower Maze, and in the fall, they have a massive Corn Maze, designed to honor a Connecticut hero or event.

For over 200 years, Rogers Orchard in Southington has been tilled by the same family. Opened in 1809, the orchard began when Chauncey Merriman, a Revolutionary War veteran, planted the first apple trees.

As a family farm, each of his children added to the number and variety of fruit trees. The family was one of the first to grow peaches commercially in the state and has developed into two apple orchards in Connecticut, hosting more than 20 different varieties of apples and 10 different types of peaches.

Rogers Orchard’s Pick-Your-Own is open at both the original Home Farm and the newer Sunnymount Farm, from Labor Day through the end of October every Friday, Saturday, and Sunday from 10 a.m. to 5 p.m.

You can find which apples are available for picking on their website or visit the stores at each location to pick up their other fresh produce, as well as apples, fresh home-made apple cider donuts, pies, and other baked goods.

Started in 1871, Bishop’s Orchard is a family-owned and operated farm located in Guilford, Connecticut.

Focused initially on strawberries, the farm expanded throughout the 1960s and 70s to incorporate a pick-your-own model for strawberries, apples, blueberries, among others, later purchasing another orchard down the road and building additional facilities. Bishop’s even added a winery in 2005.

Pick-your-own apple season at Bishop’s Orchard runs from late August through late October, and they offer two different sized bags for you to pre-purchase before you start picking.

Don’t miss out on the complimentary tractor-trailer ride you’ll take from the parking area over into the orchard on weekends! Customers can pick up their apples and any of their products at their well-stocked Farm Market.

Spending a day apple picking at Bishop’s Orchards is one of my favorite fall activities in New Haven.

As two Swedish immigrants to the United States, the Holmberg’s originally purchased the Gales Ferry farm in 1896. Still operating as a family business, they started their pick-your-own best apple picking in Connecticut in the 1980s and have made significant changes throughout the decades to bring the orchard into the present day.

They added a winery for fruit wines and sparkling ciders in 2007, and from mid-June to mid-July each year, you’ll find some of their fields blooming with lavender.

When you arrive, the staff will show you how to identify ripe fruit picking and where to go in the orchard to find it. In addition to their pick-your-own apples, they have a pumpkin patch, a corn maze, a free hayride on weekends throughout September and October.

Holmberg Orchard’s gourmet foods can be found alongside its produce at their Farm Market.

One of the best places to go apple picking in Connecticut is called a “berry farm!”

While Rose’s Berry Farm started out in 1908 as a small, 20-acre farm in South Glastonbury, it has now grown to encompass more than 100 acres of farmland.

They are one of the largest blueberry farms in Southern New England, and they were one of the first pick-your-own apple orchards in Connecticut, dating back to the 1960s. Later, they added strawberries, raspberries, peaches, and Christmas trees, among others.

You can pick your own apples from July through September at the Main Farm location in South Glastonbury, and check their website and Facebook pages for any schedule changes.

You can grab the Farm’s fruit and homemade delicacies like jams, fruit toppings, and pies at their Farmstand. Or, check out their fall hayrides, Halloween scarecrows, and their “Breakfast with a View” restaurant every Sunday morning from 8 a.m. to 1 p.m. from June through October.

When John A. Wolchesky took over Lapsley Orchards at 25-years-old in 1984, the Pomfret Center farm was limited to apple trees and open fields.

Over time, Wolchesky diversified the orchard’s crops and added a cider mill, peaches, pears, berries, and vegetables to the produce.

Now, Lapsley Orchards thrives with more than 60 acres of apples, including its own farm stand.

Apple picking at this Connecticut orchard begins each year around September 1st. You can call the orchard for specific information on what apples are ripe and available for picking.

When in season, Lapsley Orchard also has pick-your-own flowers, blueberries, and pumpkins!

Situated in northwest Connecticut, Ellsworth Hill Orchard and Berry Farm is located in Ellsworth, an area formed as an agreement between Sharon and Kent townships in the late 1700s.

The farm hosts a variety of pick-your-own seasonal fruits, in addition to their apples. Strawberries and cherries are the earliest, beginning in June, and the picking season goes on to include raspberries, plums, blueberries, peaches, pears, and pumpkins.

You can find all of these, as well as a variety of baked goods in their Mother Nature’s Candy Store and their Farm Stand Store. You can call to confirm apple picking availability.

The farm also offers a corn maze and a vintage interactive train display.

Since the Averill family purchased the Washington Depot farm back in 1746, almost thirty years before the start of the Revolutionary War, the farm has continually operated as a family business. Now, the orchard is in the hands of the ninth and tenth generations of Averill’s.

While their apple orchards in Connecticut grows more than 100 varieties of both apples and pears, 20 types are available for pick-your-own. Apple picking begins as early as mid-August and continues through to Thanksgiving each year.

At their farm stand, you can find their apples and pears, as well as homemade apple cider, donuts, jams, jellies, and fresh-cut flowers, local stone fruits, and vegetables. From Thanksgiving until Christmas Eve, they even sell Christmas trees!

Throughout its history, March Farm has operated as a poultry and dairy farm in Bethlehem, Connecticut before focusing on its fruit and vegetable production.

In the late 1980s and early 1990s, the farm expanded its greenhouses to accommodate different types of tomatoes and other vegetables, and its orchards.

Apple picking season at March Farm runs from the first week of September through October with more than 15 apple varieties. Just a few weeks later, from mid-September right through the end of October, you can go pumpkin picking.

They also offer pick-your-own fruits throughout the summer, like cherries, blueberries, and peaches, depending on the season. Or pick up any of their fruits, vegetables, and baked goods at their Farm Market and Bakery.

March Farm also offers onsite seasonal activities for all ages. The Hayloft Playscape, their 30,000 square foot play area, has a tricycle track, playhouses, swings, climbing walls, and a pavilion. There’s also an animal farm for all ages next to the pond, and their true labyrinth Hill Top Corn Maze is open every weekend throughout the fall.

With orchards all around the state, no matter where you are, you’ll be sure to find phenomenal places for the best apple picking in Connecticut. 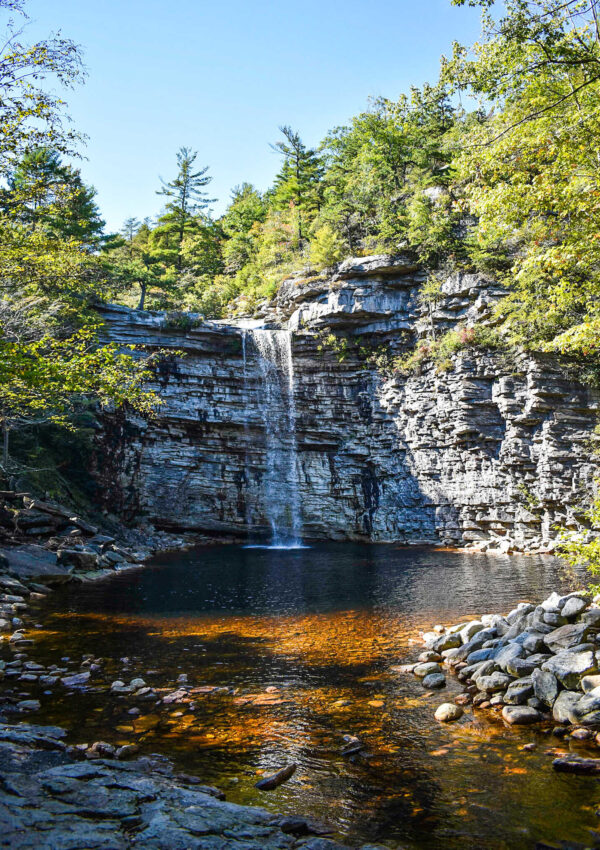 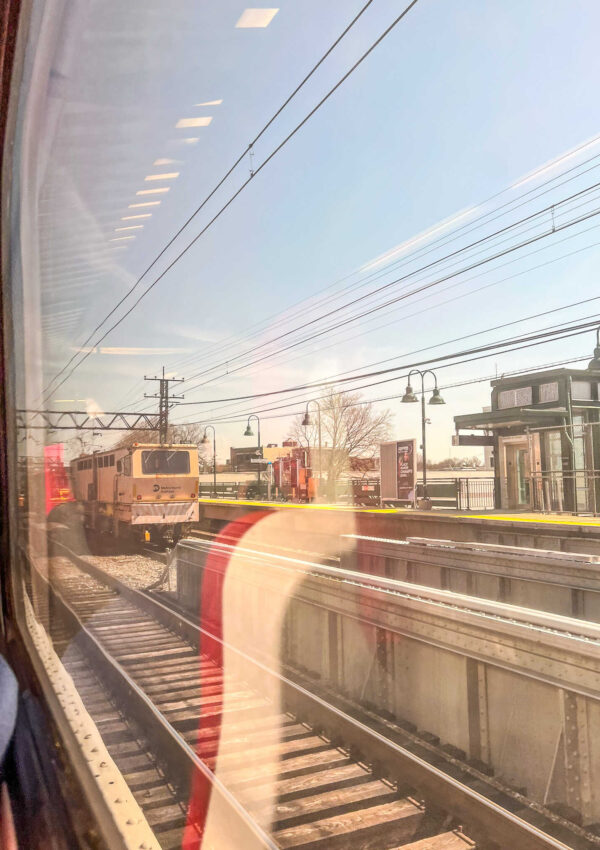 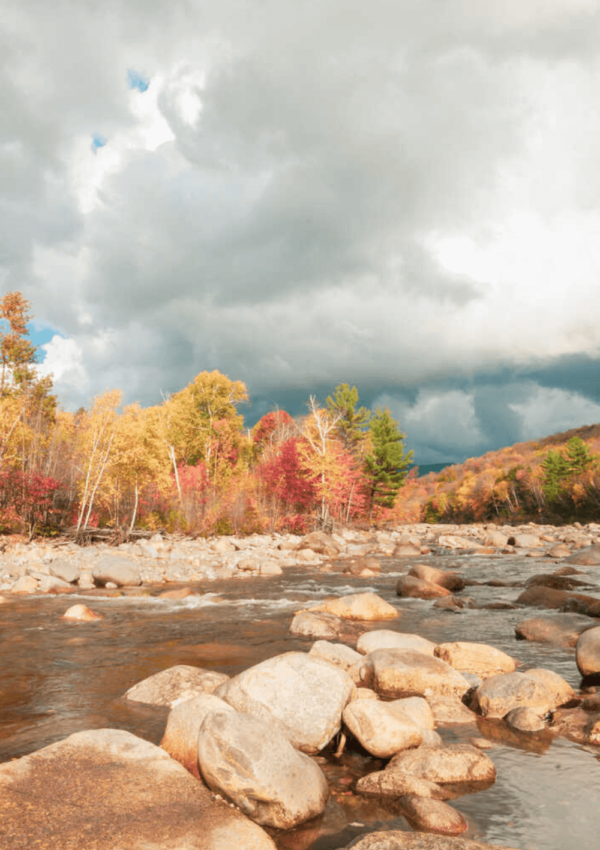 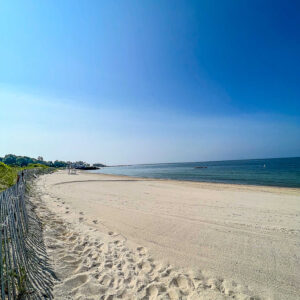