You are here: Home / Travel / Europe / Can You Swim in Venice, Italy?

You’d think that a beautiful city-state built entirely on islands would have some area within the city where you can even dip your toes into the water. But, can you swim in Venice?

A few days ago, I was sitting in a campo in Venice, enjoying cicchetti and an Aperol Spritz, when a walking tour stopped nearby my table to talk about the Venice canals.

Speaking to their rapt audience, the tour guide explained that the Venice canals were once as clean and crystal clear blue as any beach in the Bahamas.

Obviously, when you look at the canals of Venice today, you won’t find clear blue water. Instead, you’ll see a murky emerald green (on a good day) filled with who knows what from centuries gone by in the water.

Interesting Facts About the Canals in Venice

Venice, Italy, has 178 canals throughout the city, with some reaching a depth of more than 15 meters.

Over the canals, 428 bridges interconnect the city’s 124 islands.

The city’s history and architecture are extraordinary since most of the gorgeous palazzo façades do not overlook the streets we walk in today. Instead, they look out over the canals, which are visible to boats as they go around town.

The canals are connected through the Venetian Lagoon (Laguna Veneta), an enclosed harbor in the Adriatic Sea. The Italian mainland is located to the west, and boats traverse the Adriatic Sea to reach neighboring Slovenia and Croatia.

Now, the answer to the age-old question…

Can you swim in Venice?

Unfortunately, you cannot swim in the canals in Venice, Italy. Although the water was once very clear, centuries of pollution have deteriorated its conditions.

It’s perfectly acceptable to travel through the canals using the city’s public transportation water bus called the Vaporetto, a traghetto, or go for a gondola ride, but you definitely shouldn’t go for a dip.

That said, the city of Venice has outer islands away from the main city center where it is safe to swim.

Is the Venice canal water dirty?

The canal water is soooo dirty. The water itself is brackish, meaning it’s a mix of both salt and fresh water, which on its own would make it unpleasant to drink. However, there are several other important reasons why you should steer clear of the dirty water.

According to a study published in 2019 to assess the human footprint on the Venetian Lagoon’s sea-floor, the Grand Canal has never been dredged. That means remains dated back to the creation of the Republic of Venice in 402 C.E. are still present underneath sediment in the water.

They also discovered other sea litter like different kinds of chemicals, tires, plastics, shipwrecks, and other debris scattered throughout the channel waters.

In addition to the waste humans have left behind in the canals, there’s also literal human waste. Up until the 1960s, the canals were used as the city’s primary sewage system, with excrement transported through brick tunnels called gatoli to be disposed into the canal.

While there are now more than 7,000 septic tanks throughout the city, sewage still makes its way into the canals. Although the canals are cleaned regularly, I still wouldn’t be jumping in.

Would it even be safe to swim in the Venetian canals?

Even if you decided to forgo all the rules and everything you’ve learned to swim in the Venetian canals, it still isn’t safe to swim.

Imagine, it would be like you’re walking in the middle of a highway, with cars barreling by you going 70 mph.

One of the most interesting facts about Venice is that the canals are the city’s main streets. The narrow, twisted walkways we wander around today when navigating through Venice were originally built haphazardly because they were used for the lower-class members of society.

All trade, commerce, and “pedestrian” traffic moved through the canals on boats for centuries and still accounts for an incredible amount of today’s city movement. To put it plainly, it’s not safe to swim in the canals for many more reasons than just one.

Is there a fine for swimming in Venice canals?

Yes. If you’re caught swimming in the canals, the city of Venice will impose a €350 fine, and you’ll be banned from wherever you committed the offense.

You can also be fined for walking around topless or in only a bathing suit.

Where can you go swimming in Venice?

The City of Bridges has several beautiful public beaches nearby that are perfectly safe places where you can go swimming in Venice.

Enjoying your day in the Adriatic Sea on one of its islands outside of the city’s historic center.

My beach recommendations for favorite swimming spots in Venice include:

All of these are accessible using the Vaporetto and are free for public use. This way, you can plan for some time in safe water while visiting the beautiful city as one of the best summer destinations in Italy.

I also have a whole guide on the best beaches in Venice if you want to learn more!

A Famous Fall Into the Venice Canals

In the 1955 film Summertime, classic film actress Katharine Hepburn famously fell into a canal by Campo Santa Barnaba, and Venetians helped pull her out. When they filmed that scene, Hepburn had to fall into the canal several times to get all the necessary angles for the shot.

However, Hepburn suffered from a chronic eye infection for the rest of her life which stemmed back from her time falling into the canal.

Are there sharks in the Venice canals?

Typically, you will not spot sharks swimming through Venice’s beautiful canals. However, have been reports over the years of people that have spotted sharks and even dolphins in a canal.

Remember, the canals of Venice are connected to the Venetian Lagoon, which is part of the Adriatic Sea–so it’s possible, but highly unlikely, that you’ll see a shark swimming alongside you while you’re walking around the city.

Alternative Ways to Enjoy the Canals

If you’ve made it this far, you know that you should not be swimming in the Venice canals. Instead, there are other ways to enjoy the lagoon waters.

Swimming in the Venice canals is not only dirty and illegal, but it’s also highly disrespectful to the local population and the history of this great city. So if a friend asks–can you swim in Venice?–make sure to tell them no and point them in the right direction–to the beach! 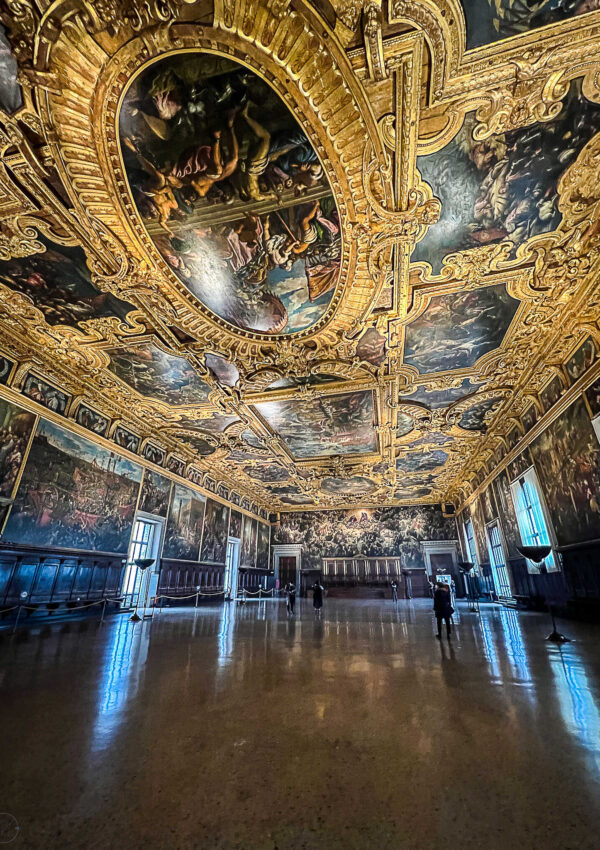 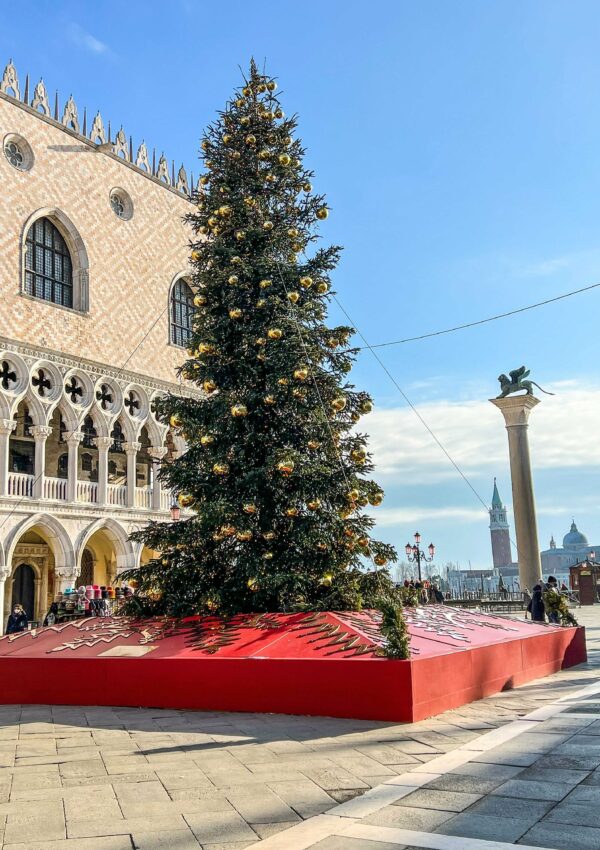 Venice at Christmas: 25+ Festive Activities in Venice this Holiday Season 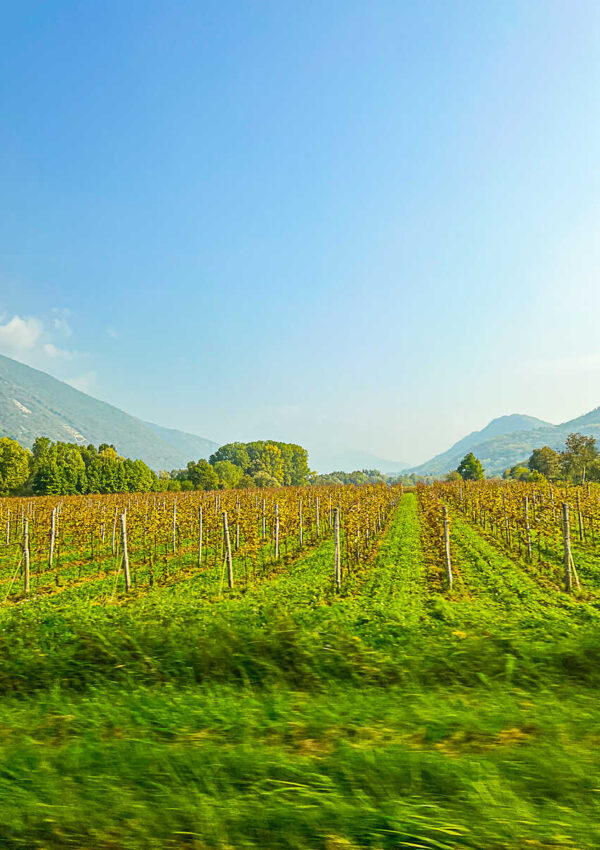 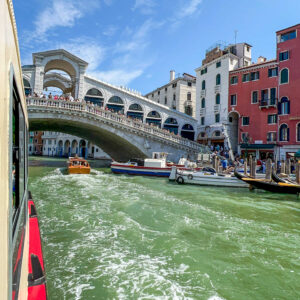 Day Trip to Venice from Florence: What to See with Limited Time